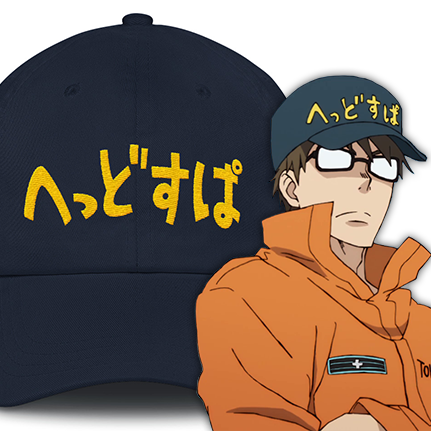 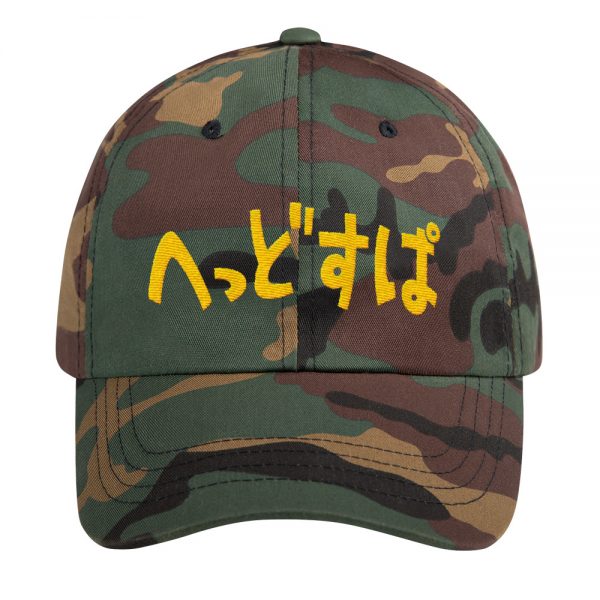 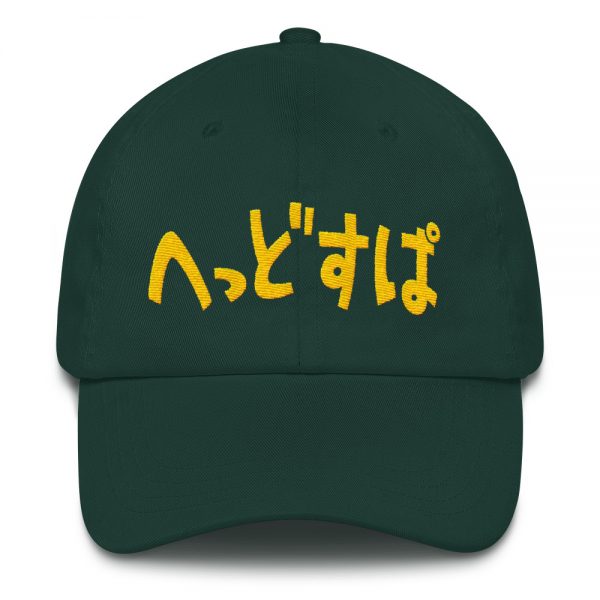 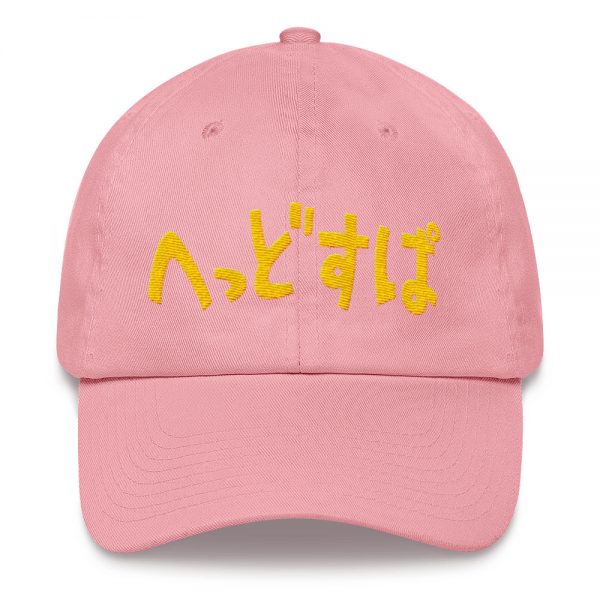 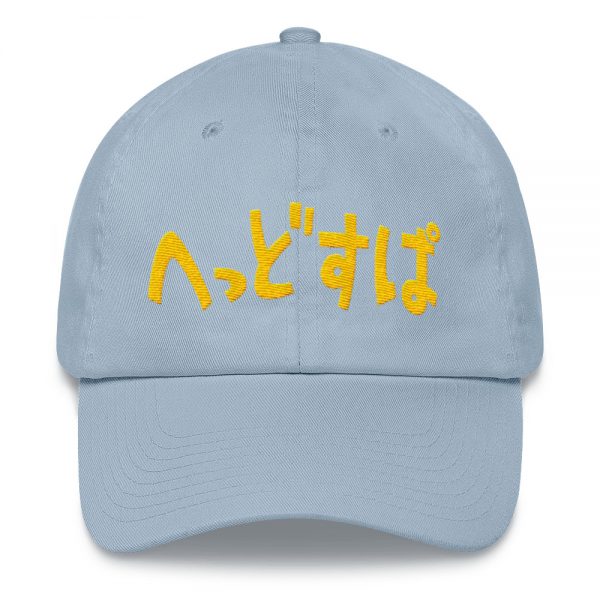 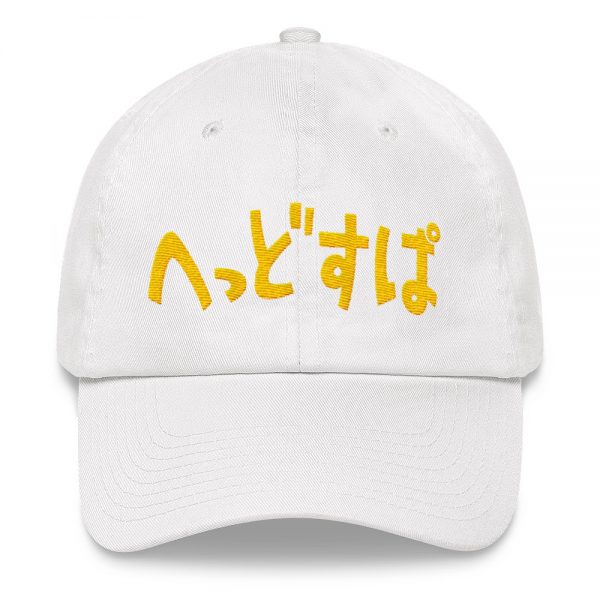 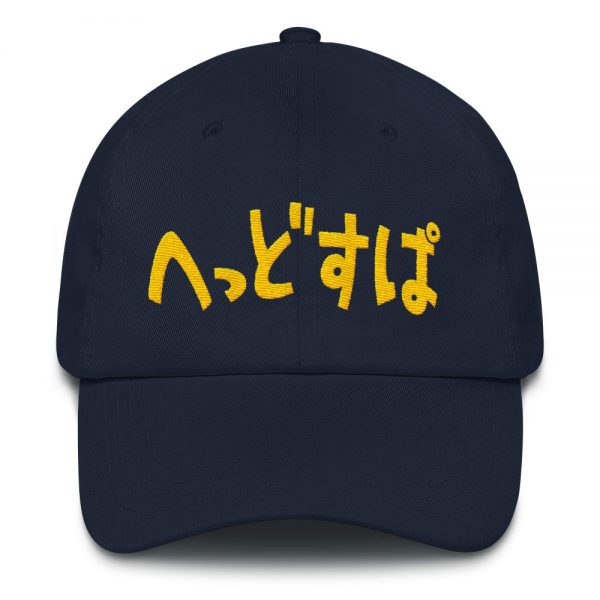 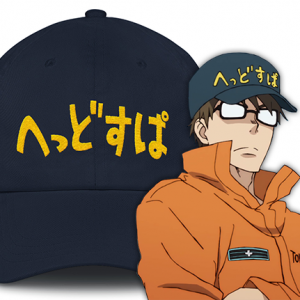 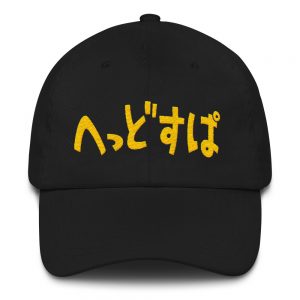 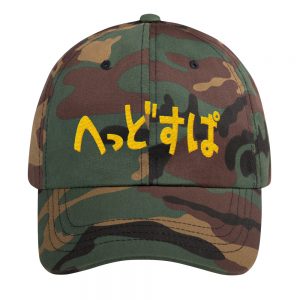 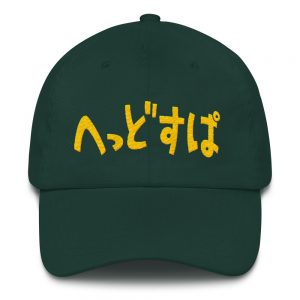 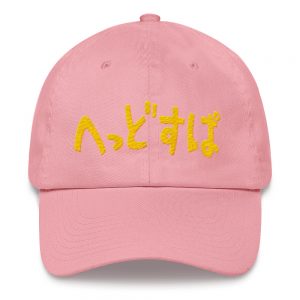 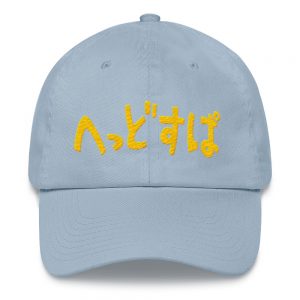 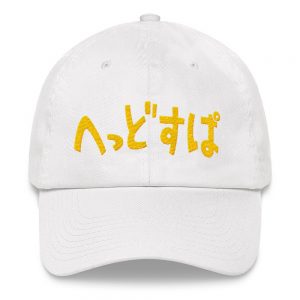 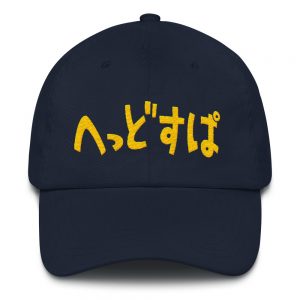 This design is embroidered on a Yupoong 6245CM “Classic Dad Cap”, which features an antique brass buckle.

NOTE: We’re actually not certain that the text on this hat is supposed to be translated as “Head Supervisor”. See, Japanese has three writing systems: hiragana, katakana, and kanji. But for the sake of this explanation, we only need to concern ourselves with hiragana and katakana. Hiragana is the simplified alphabet used to write native Japanese words and katakana is the simplified alphabet used to write foreign words. So for instance, Stealth Weeb would be written ステルス・ウィーブ (Su-Te-Ru-Su Wii-Bu). But interestingly, the text on this hat is written in hiragana (へっどすぱ) instead of katakana (ヘッドスパ) which would imply that “He-ddo-Su-Pa” is a Japanese word, but it definitely isn’t. In this case, the text was written in hiragana by the artists in the show as a stylized choice. Furthermore, it’s possible that “heddosupa” it’s supposed to be translated as “Head Spa”. But given that Takehisa Hinawa is Company lieutenant of the Special Fire Force Company 8, it seems contextually that Head Supervisor is a more appropriate translation. Either way, the actual design on the hat matches what Takehisa wears in the show so it really doesn’t matter if our listing has the wrong translation because the actual hat is the same.

There are no reviews yet.